Here’s another post about San Felipe in Cabanaconde, which is on our mind because of its recent ten-year anniversary.

Early construction at the church involved moving lots of rocks!

Building continued through . . . a chapel, then a newer chapel, two stories with bunk rooms, a priest’s living quarters, and a guard house. 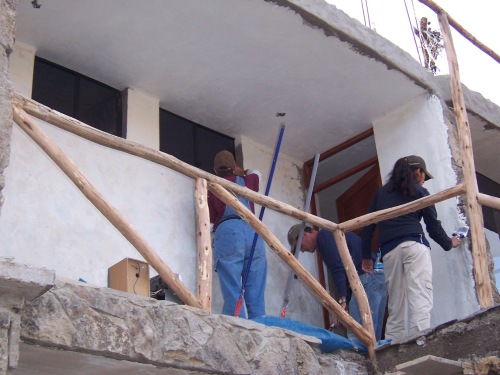 Working on the second floor to the original building.

Progress on the new chapel.

Putting the cross on the new chapel.

Set to a gorgeous backdrop. 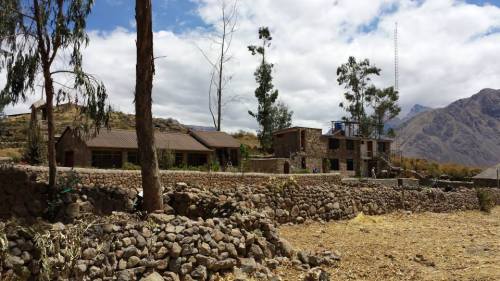 As it stands today.

At the same time, the St. Philip’s teams have made lasting friendships!

Many people have come on multiple teams. They’ve watched their favorite children grow from toddlers to pre-teens, kicked many soccer balls, tossed baseballs, held fiestas at the pre-school and events at the schools, taught silly songs to English classes, visited the homes of the sick during medical campaigns, treated the women of the town to special spa nights, and re-connected year after year with the owner and staff at the hotel where they stay each time. 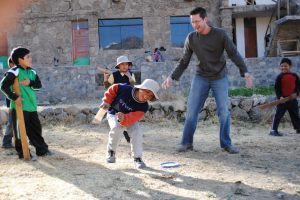 Spa night was part of a mission that honored the women of Cabanaconde. 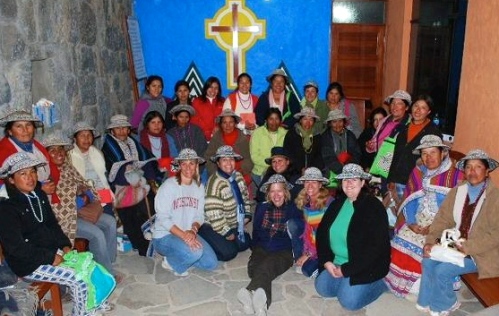 During a medical outreach, this beautiful woman received reading glasses that had the added benefit of matching her embroidered clothing! 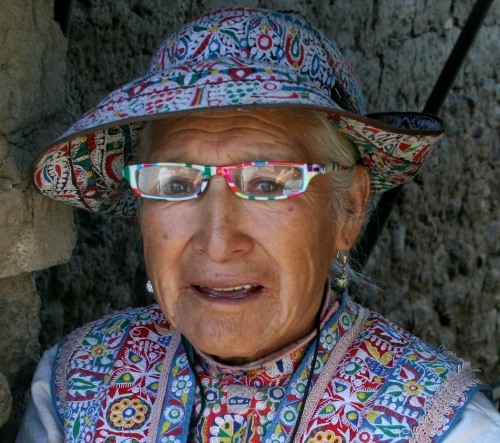 Music and worship are always a part of the missions.

Both congregations have been blessed by their sister relationship. As one missionary put it, being part of this mission is a “faith accelerator.”

If you think your church would experience similar blessings by establishing a sister relationship with a church in Peru, please contact the diocese for more information, at anglicandioceseperu@gmail.com.